#1
After hours and hours of online research I decided to pre-pay for, and order a "Panda Gold Supreme" arowana from Theo @ dragonfish.ca in Vancouver, British Columbia.

I picked the fish up this evening at Pearson international airport in Mississauga/Toronto. The shipment originally left from "Panda Aquatics" in Singapore, was received in Vancouver by Theo and was then re-shipped to me in Toronto. The shipping was included in my quoted price and there were no issues with the purchase whatsoever.

The packing was top notch and the fish arrived in perfect condition and health. The quality of the fish, even at such a small size and young age, is beyond expectations. Far better than the previous arowana that I have owned, which were both purchased at the best retail arowana sellers in Mississauga and Markham respectively.

Theo is a professional and his services are exemplary.

If your looking for an arowana in Canada, do yourself a favor and call Theo @ dragonfish.ca, you'll be glad that you did.

#2
Hi Jason - I am very glad you are happy with your fish! Can you please post up some photos of your fish now and as it grows? That would be awesome
J

#3
Cirrus said:
Hi Jason - I am very glad you are happy with your fish! Can you please post up some photos of your fish now and as it grows? That would be awesome
Click to expand...
I have bought 768,543 different types of food over the last couple of days. This fish has grabbed, chewed and spit out every single one of them!!! However, tonight I have had a major breakthrough!!! I got him to eat about 4/5 "omega one" freeze dried shrimp. I've decided to feed him these for a while until he settles in, as I don't think I should starve/pellet train until he's reasonably bigger and more stable. I will definitely update his progress and pictures here.

#4
Looks great Jason! I look forward to following the progress of your fish!
J

#5
Finally got him on sticks!!! Fussy little guy. Didn't want to, or end up having to starve him. I thought it was better to let him eat and settle in. I was right. "PANDA" came in real small, perfect age,size etc. As soon as he was comfy and I got rid of the little pig of a small tiger datnoid, he assumed his role as king. Eating "Soft Line Arowana" sticks like a champ. Will switch to hard North Fin sticks in a couple months. I love this little fish, not skittish and hasn't jumped once. Absolutely perfect and starting to show his true potential naturally. I'm not into the white tank idea, and actually still have seachem fluorite still in the tank, as I'll deal with it when I upsize to 180G. This fish loves his 90G and will be in here for about 2 years. I moded my fx6 return by adding FX6 telescoping intake tube to position return outlet's 6 inches above tank bottom. Perfect for him as now the 6inch fish swims the length of the tank on the surface as if he was 36 inches long!!! Really coloring up, lots if gold and shine. Very very happy. 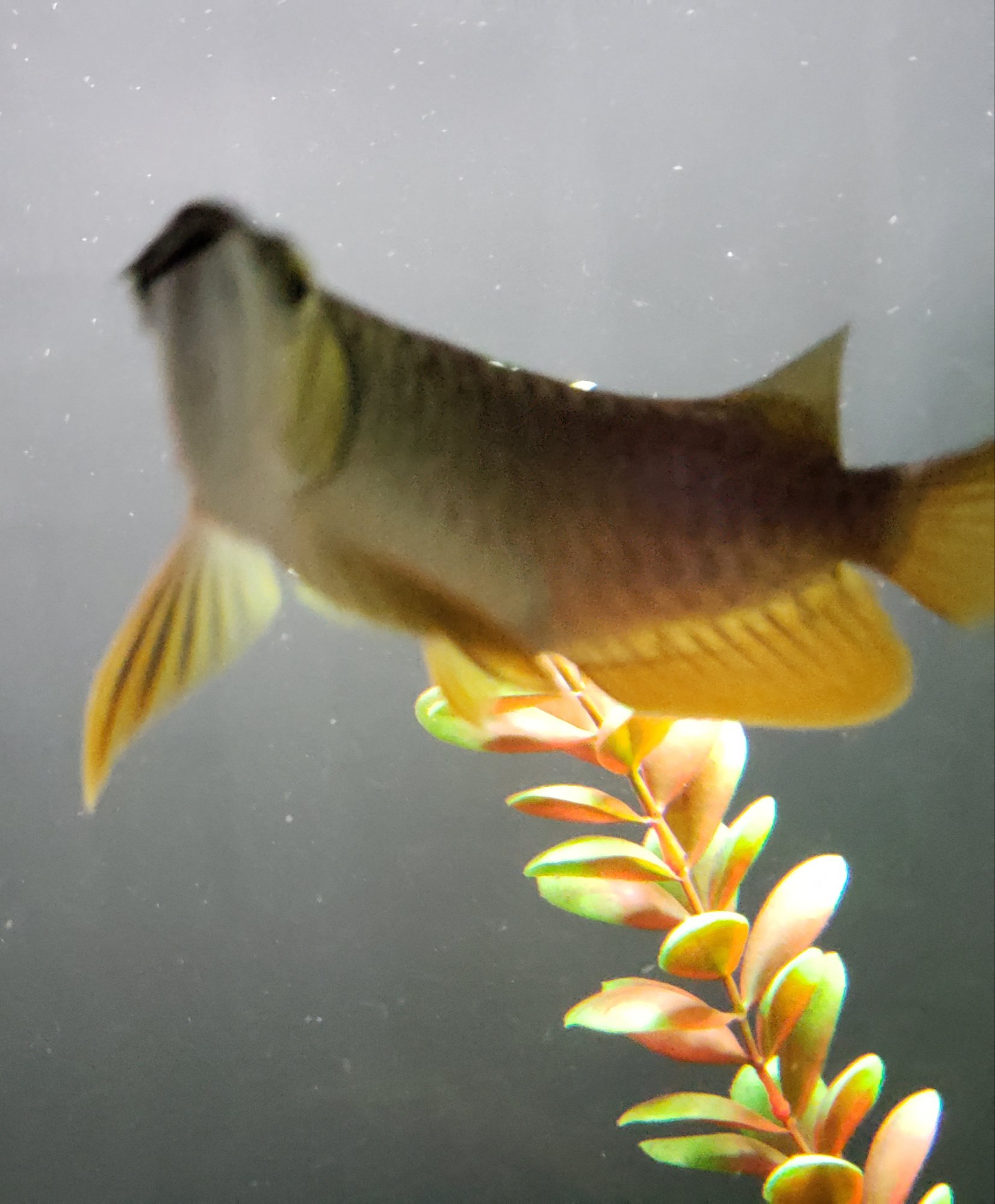 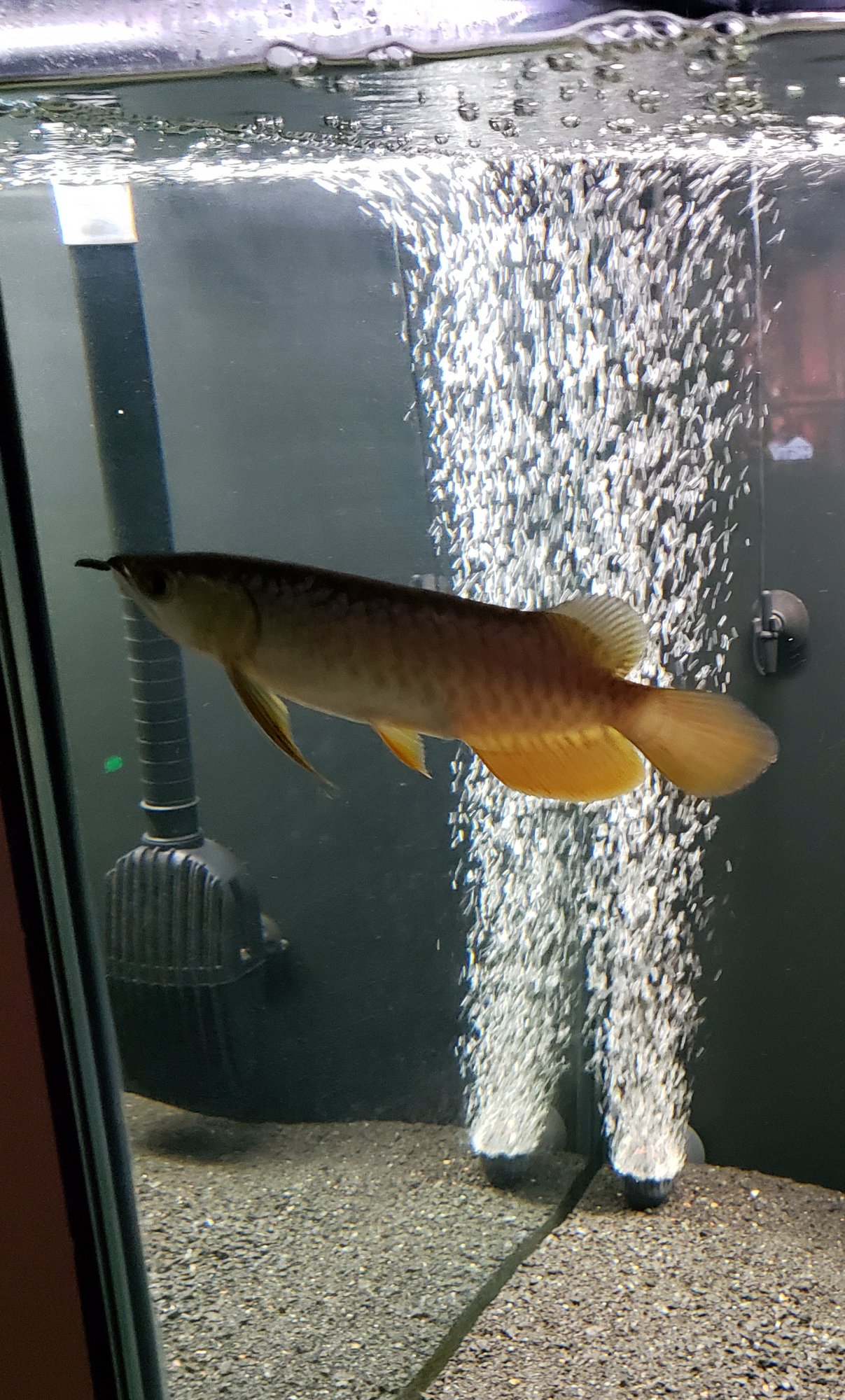 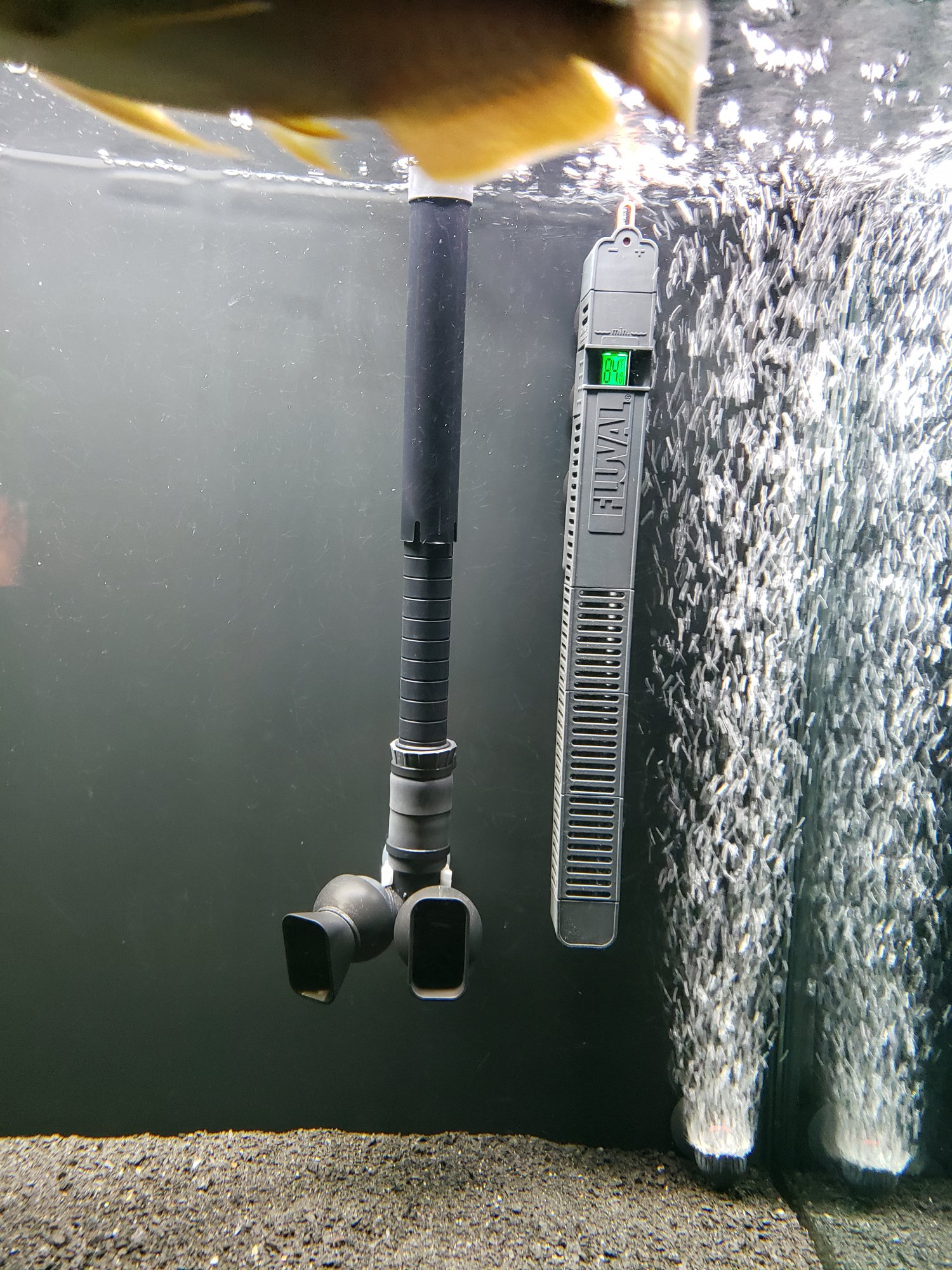 #7
I'm so glad you got a fish with a great personality that has taken well to pellets. An Asian arowana on pellets is such a great fish to have. It means in future you can go on a vacation and have someone feed your fish without having to mess with thawing shrimp, or worse, live super worms. Your water quality looks awesome. Looking forward to further updates

#8
Any updates on this guy. Love to hear about its new home.
J

#9
I'm not sure if I have any new decent photos, I'll check, but there is a very important update.

I went out to "Miracles Aquariums" in Orangeville, Ontario and finalized the details and specs, as well as ordering and paying for " Panda's " new 180G home.

"Miracles" and Derek were awesome, and beyond expectations. I recieved a full tour of the facility and fabrication process.

The cost of a legendary custom built quality aquarium was actually only $100 more than the cheapest 180G store bought aquarium I could source. ( Seapora $1059 vs Miracles $1145 ).

Panda has really colored and shined up. He even has 6 extra large Angelfish friends that he really isn't very nice to and a gold nugget and leopard cactus pleco's as tankmates. Just a little tank beside a 15 foot ladder!!!
J

#11
Sorry for the poor quality pictures!!!

I think this was the period of time that I was playing with the lightning parameters. Turns out light is super tricky with these guys. He's also in a very very high traffic area but the new tank will address that issue. He has been an amazing fish and is only getting better and better.

When I only use white light he is actually really really gold and pretty much all shine.
J 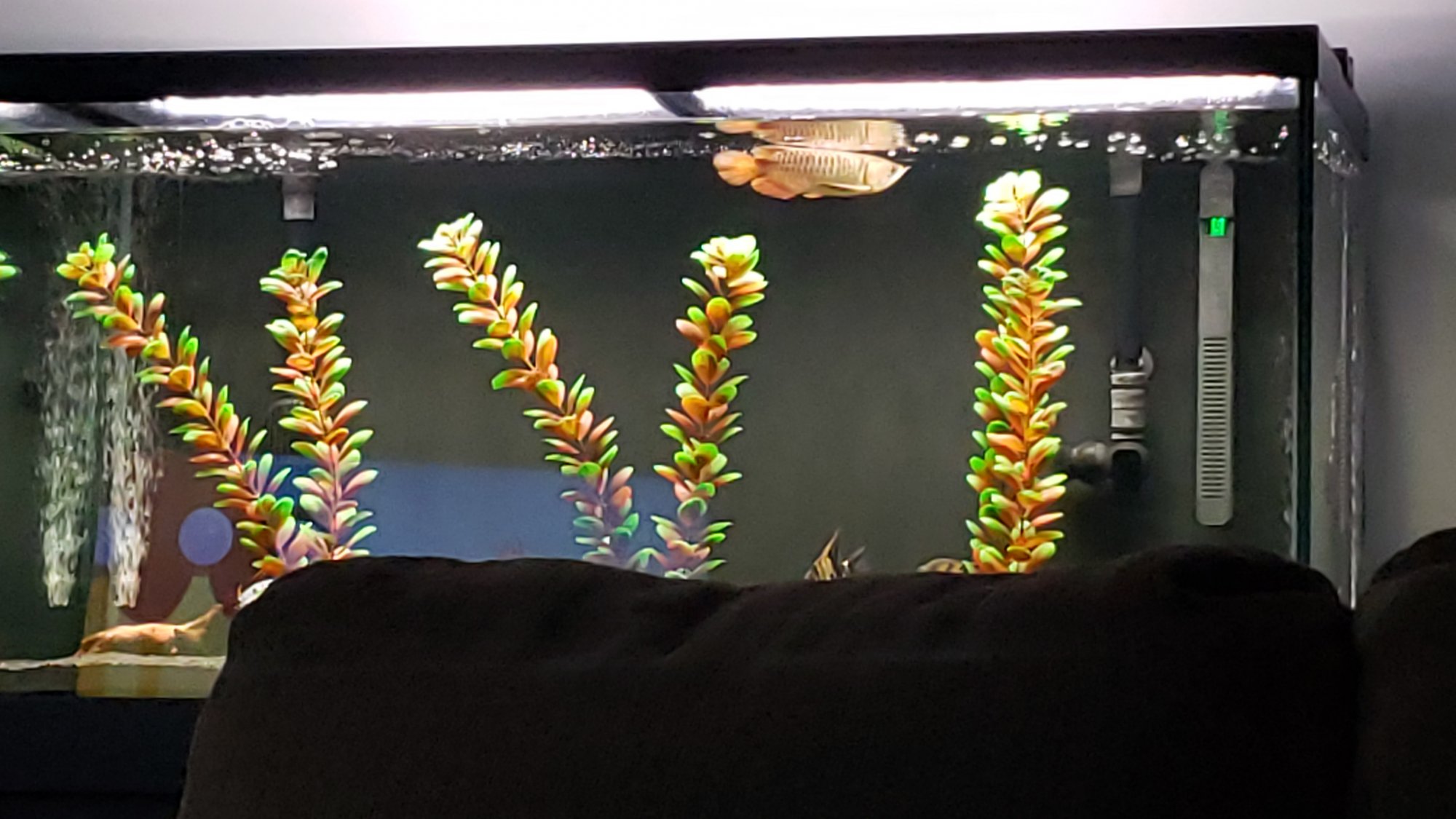 #15
And yes, his new tank will be bare bottom. Gonna keep the angelfish with him as long as he will allow, wanted to add a school of large discus instead but worried about the stress on them. May just keep him with the 2 fancy pleco's and potentially 2 more fancy pleco's for a total of 4 pleco's.

Originally was going to purchase a pearl stingray but not to impressed with the whole mess they create or getting them accustomed to commercial food.

I chose not to wtt and tanning or live food, I don't need,want or expect anything more out of this fish than what it naturally is and that is ... perfect!!